"The previous photographer had been Annie Leibovitz and one secret service guy asked me why I didn't shout and scream more like her?"

-Mark Mann
Mark Mann is a New York based celebrity and advertising photographer.
He was born in Glasgow, Scotland, where he lived until he went to study
in the prestigious photographic program at Manchester Polytechnic.
Before long, the recent graduate was assisting innovative fashion photographers
Nick Knight and Miles Aldridge, learning the ropes and building his own body of work.
Mark has shot countless celebrities and in 2013 he completed a yearlong
project for Esquire Magazine, “The Life of Man”. Where he photographed 80
American men ages 1 through 80, to celebrate 80 years of Esquire.
This project took Mark all across the country including the White House
where he was honored to photograph the sitting president,
as well as former President Clinton.

We first met Mark when he came to Lord Willy's for his wedding suit,
it didn't take us long to realize that we would like to work together
and so our in-house campaign was born.
His work can be seen and enjoyed in all its glory on his website.
LW: Tell us about how a wee lad from Glasgow ended up in New York photographing the most famous people in the world?
MM: This wee lad was running from a torrid love affair. My heart was broken and the UK felt too small for me. I came to visit a friend in NYC and never went home.
LW: You must have to deal with some small deadlines and big ego's on a daily basis, what's the secret?
MM: Outer calm, inner panic.
The best way to deal with egos is to remember it takes two to argue. Theres a fine art in negotiating, trust is important and I try to exude trust (like a second hand car salesman).
LW: When Esquire Magazine celebrated its 80th anniversary in 2013, they chose you to shoot The Portrait of the American Man, which meant shooting 80 American men aged eighty to just one, entitled "Life of Man".
After getting over the euphoria of being awarded the job, how on earth did you go about co ordinating such an enormous task?
MM: Can you take 80 portraits of these fellows all over the USA for 30 bucks you mean?
Thankfully on a job like that, I had a lot of help from the magazine. The biggest problem was short notice, i.e. “Can you photograph Bill Clinton today at 4?”
LW: Obviously there were some incredible people in the mix, was there anyone in particular that you were really looking forward to shooting?
MM: So many. Bill Murray, President Obama, Clinton, Willie Nelson… 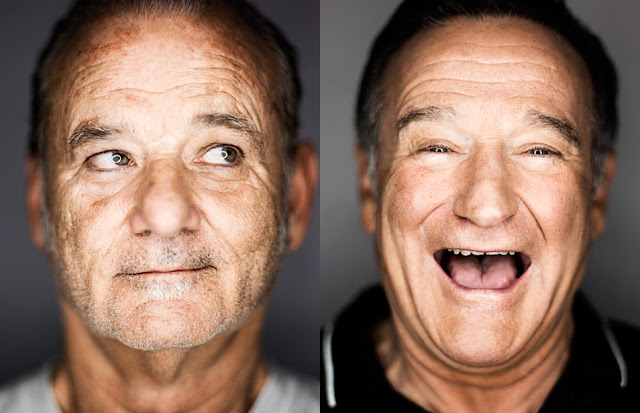 LW: Anyone you weren't?
MM: Mitch McDonnell.
LW: This portrait that you took of the President won the Communication Arts Award, tell us about it. 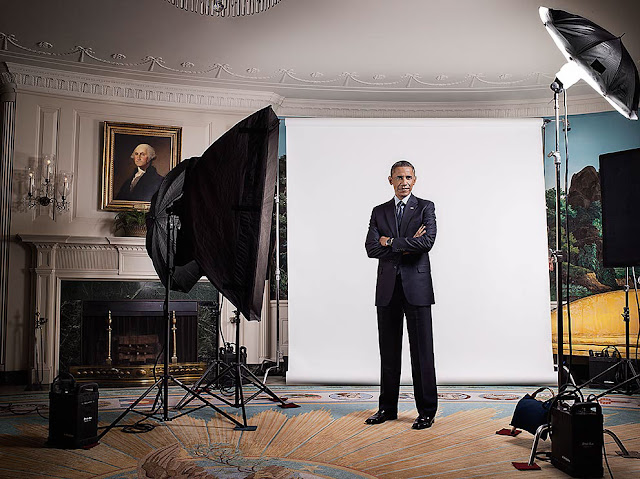 MM: Oh no big deal (gulp), as an immigrant to this country an invite to photograph a sitting president is the biggest honor I could have received .
The previous photographer had been Annie Leibovitz and one secret service guy asked me why I didn’t shout and scream more like her?
All in all, an amazing experience, if any one who reads this asks me, I’ll tell them stories.
LW: Having had the privilege to shoot some of the world's most famous people in some of the world's most exotic locations, how did you feel when you got the brief for this photo? 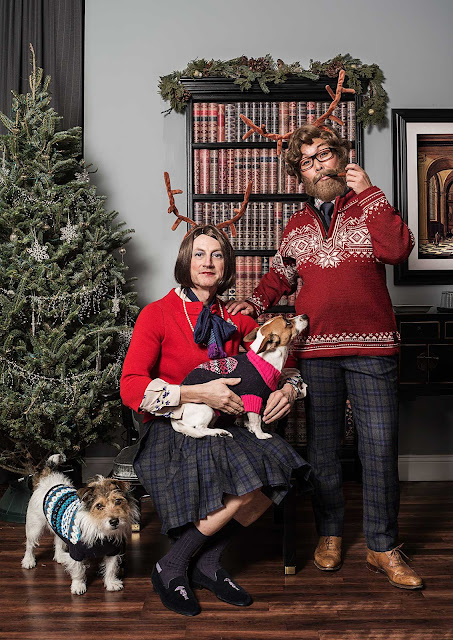 MM: Thankfully, I had a brown suit to hide my fear. Of all the work I do, collaborating with friends is the most gratifying. I love that photo.
LW: Thanks Mark, now let's see the short film commissioned by Leica about the shoot we did with Eddie. Say Cheese!